A songwriter once wrote, “If I can help somebody as I pass along the way, then my living shall not be in vain.” Why do we do what we do? We do it for that mother who lost her only son to this pandemic; we do it for those two girls who must grow up without a mother because she too was lost to this epidemic, we do it for that young man beginning college so that he may live to see the fruits of his labor. We are here to make a difference. Join us as we work to reduce the spread of HIV among African Americans.

Established in 1995, Brotherhood, Incorporated is a minority non-profit community based organization created to join the fight against the spread of HIV and alleviate the struggles of African Americans living with HIV and AIDS. This agency, governed by a board of directors, has a racial/ethnic composition that is reflective of the diverse populations served. The mission of Brotherhood, Incorporated is to develop and implement programs and services that impact the economic, social, and health disparities that exist within underserved and at-risk communities through education, enlightenment, and empowerment.

Brotherhood, Incorporated provides transitional and permanent housing to low income individuals living with HIV/AIDS in a group home setting called Trinity House. Phase II Housing is an independent housing program for persons living with HIV/AIDS and individuals with an income at or below the median poverty guidelines. Additionally, the agency offers HIV/AIDS educational programs, provides HIV counseling and testing, and has a system of referrals for individuals seeking additional services within the Greater New Orleans area. Brotherhood, incorporated also provides capacity building assistance to other community based organizations across the state of Louisiana.

The organization has developed and implemented sound and aggressive HIV prevention and educational programs in the city of New Orleans. Our various prevention initiatives are a reflection of the diverse populations we serve. Brotherhood, Incorporated has three advisory boards that serve as the organization’s liaison to the community. These boards are integral to the development and planning of all of Brotherhood, Incorporated’s projects. Their assistance is also utilized to review our interventions, evaluate our services, and create new and innovative ways to reach the populations we value and provide services. Our advisory boards are NOYMAC, New Orleans Youth Making a Change, S.U.S.T.A., Strong Unified Self-Respecting Transgender Alliance, and MALE CALL.

Through various funding initiatives, we have been able to develop culturally and gender specific training curricula for training African American men who have sex with men as peer educators. These specific prevention programs target African American men who have sex with men (MSM), this includes gay and bisexual males, transgender, commercial sex workers, gay/bisexual youth, and those that do not self-identify as gay.
As agents of change, Brotherhood, Incorporated created Making a Difference?Orleans Parish African American HIV Prevention and Education Initiative,” a comprehensive community-level prevention plan capable of responding to the HIV/AIDS epidemic among African Americans in Orleans Parish. This project is aimed at decreasing the spread of HIV/AIDS. Project activities included the development of a culturally sensitive training curriculum for training African American community leaders. This extensive curriculum has provided training to many African American community leaders who are presently in the process of implementing HIV prevention initiatives throughout the city of New Orleans.

Hurricane Katrina is acknowledged as one of the worst natural disasters to ever strike the United States. The storm and its aftermath displaced more than 1 million people, mostly African Americans, and unveiled issues of national disaster preparedness, socioeconomic status and race.

On that fateful day, August 29, 2005, Hurricane Katrina changed the direction of the agency thus facilitating the agency’s move to the Baton Rouge area to provide services to the New Orleans population forced to relocate. Brotherhood, Incorporated returned to the devastated area on October 1, 2006 and have been diligently providing services to the African American community.

Brotherhood, Incorporated developed an extensive collaboration network of other service providers in the metropolitan New Orleans area and the Baton Rouge metro area. This network was developed in an effort to provide a continuum of care services to clients. Post-Katrina, these collaborations have proven to be vital since city services are still limited and this ensures clients receive all appropriate services through applicable referrals. Brotherhood, Incorporated has expanded our services to include programs to High Risk Heterosexuals and testing and treatment of Sexual Transmitted Infections. The agency will continue to identify and address areas of need in the community and secure funding to meet the need.

We are here to make a difference. Join us in the fight against health disparities among minority and underserved populations in Orleans Parish. 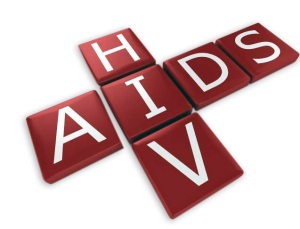 I hear a lot of people talk about AIDS and HIV.
What ís the difference between the two?
Acquired Immune Deficiency Syndrome (AIDS) is a condition that slowly destroys the body’s immune defense system and makes the body vulnerable to opportunistic infections. AIDS is caused by a virus known as the Human Immunodeficiency Virus (HIV).

What does the paragraph above mean?

The process is better understood when broken down into its parts:

ACQUIRED=to get as one’s own or receive. AIDS is a disease that is blood-borne, so no matter how it is transmitted – you get it from another person.
IMMUNE = the virus of AIDS directly attacks your immune system, which includes: T helper cells, B cells, phagocytes and lymphocytes.
DEFICIENCY = over a span of many years your immune system is slowly destroyed by the replication of countless virus particles leaving your body open for exposure to a variety of diseases once extremely rare in humans.
SYNDROME = a syndrome is characterized by a process or pattern of symptoms.

HUMAN = this particular virus attacks only human beings, although it is thought to have mutated from its “cousin” SIV (simian immunodeficiency virus).
IMMUNODEFICIENCY = as above, the body is rendered deficient by the immune-destroying virus.
VIRUS = a virus is a particle which gets inside a host’s cells and replicates itself, causing injury or death to the cell and, at times, host.

ALCOHOL AND OTHER DRUGS CAN INCREASE YOUR RISK OF BECOMING INFECTED WITH HIV.

HIV is a retrovirus. This means that it has the ability to attach itself to a host’s cell and replicate itself. After HIV is transmitted into the body, it lives, and multiplies, in the CD4 (helper) cells, which are the cells that are called out by the body to protect it from disease. HIV then converts its own RNA genetic material ultimately into human double-stranded DNA. This “new” DNA may also begin reproduction of its own RNA again. Within a large number of T-cells this process occurs.

It is thought that after entrance into the host body, HIV first focuses on lymph nodes where there are the greatest numbers of immune cells. As the virus multiplies, it destroys these and other nearby cells (i.e. B-cells). Over a period of seven to ten years this slow, steady assault continues. The body’s total immune system becomes taxed and prey to a wide range of disease-causing microbes.

When HIV has destroyed enough immune cells, the body is no longer able to fight off many infections.

For more information on HIV and AIDS and other sexually transmitted diseases, contact the office of Brotherhood Inc. at 504-566-7955 or visit the Centers for Disease Control and Prevention Division of HIV/AIDS Prevention website at: http://www.cdc.gov/hiv/dhap.htm. 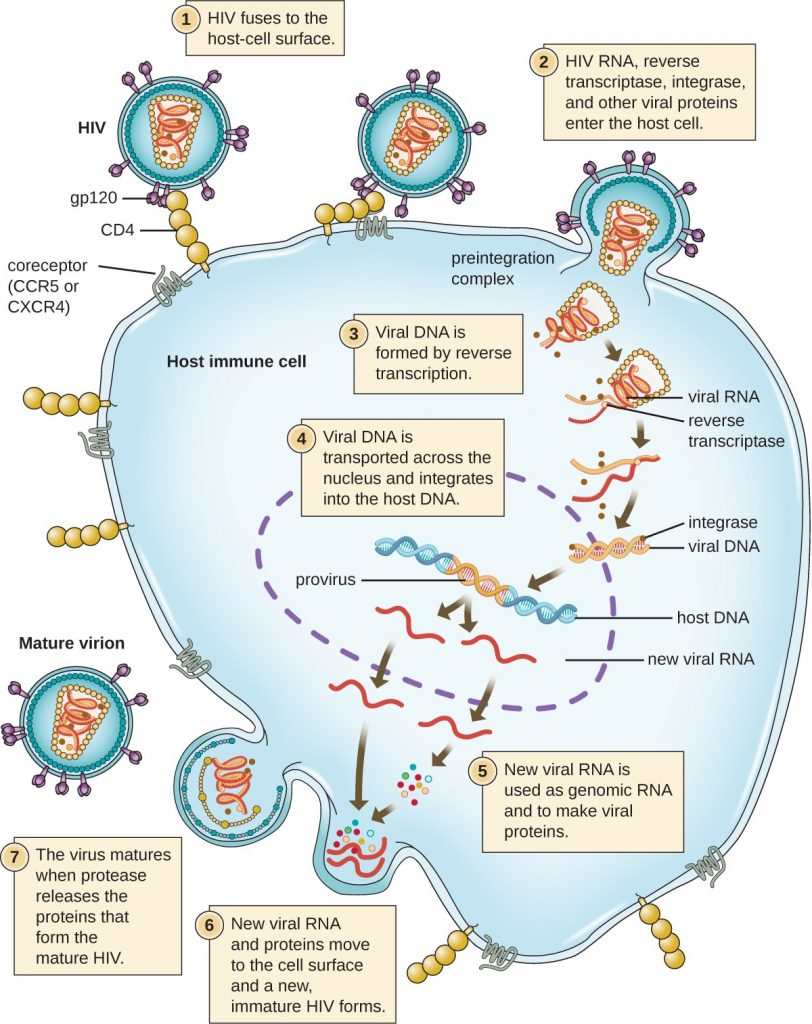 At Brotherhood, Inc. we provide a variety of trainings and seminars for individuals serving men, women and children in the New Orleans area and surrounding parishes. These trainings can be tailored to suit any size audience. 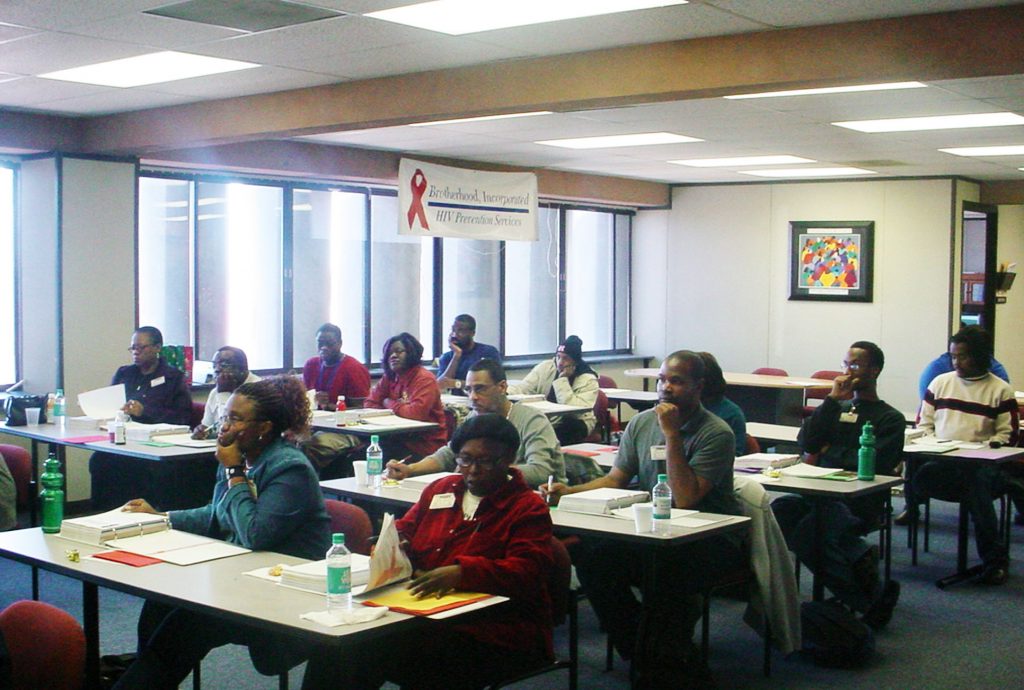 The programs are as follows:

For more information about our training programs please contact us via email: CONTACT– or by phone at: 504.566.7955